A few months ago I was privileged to be featured on The Crafty Pint website, come check out the interview I did with them. After you read the interview be sure to have a look around the best source of craft beer news in Australia. 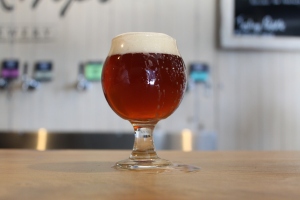 “The Crafty Pint is Australia’s leading beer site, visited by more than twice as many people as any other beer news source in the country. It was born out of a desire to provide coverage of the craft beer revolution that was sweeping Australia. The aim was to do justice to the efforts of the men and women changing the country’s drinking habits and give them and their supporters a voice that they were lacking at a time when most media – and indeed most Australians – ignored craft beer or dismissed it as a fad.”